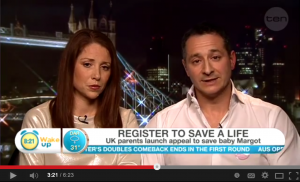 “This could happen to anybody. If you’d be prepared to take a bone marrow transplant, or any other type of organ donation or blood donation, then I feel that people should be prepared to give also… I’d like people to think about that.” Vicki Martini, Margot’s mother during an interview with Wake Up TV, Australia

Family, friends and complete strangers came together as ‘Team Margot’, after 14-month-old Margot Martini was diagnosed with blood cancer and required a bone marrow transplant (also known as a stem cell transplant) to stand the best chance of survival. Team Margot sought to raise awareness of Margot’s plight and others desperately seeking a blood stem cell donor match.

Margot’s mixed family heritage was the key obstacle to finding her ‘perfect’ tissue-type match, owing to the lack of diversity on stem cell and bone marrow registers. A ‘suitable’ donor match was eventually found for Margot and she received her bone marrow transplant in February 2014.

Unfortunately, Margot’s Leukaemia was extremely aggressive. She relapsed during that summer and passed away, aged 2 years and 2 months, on the 27 October 2014.

During treatment, Margot needed many blood & platelet transfusions to keep her well and shortly before her death, her parents considered & agreed on donating Margot’s organs, if possible.

Margot’s family are unspeakably grateful to her selfless anonymous bone marrow donor for his miraculous gift, and also to all the blood and platelet donors, who gave Margot extra time with her family and loved ones. 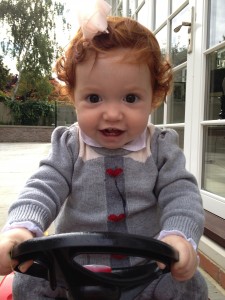 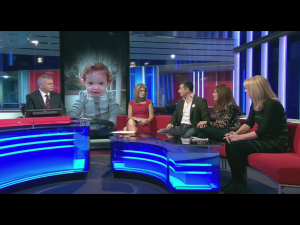 Team Margot’s efforts to date have resulted in tens of thousands of people registering as potential stem cell donors. Statistically, this means that during the next ten years, more than 500 people will now have the chance of a potentially life saving bone marrow / stem cell transplant.

The first of these potentially life saving transplants occurred by way of peripheral stem cell donation in late 2014 thanks to an anonymous donor who registered after hearing of Margot’s appeal. The second was a bone marrow donation by our friend Katrina Krishnan Doyle – click here to see her video blog. 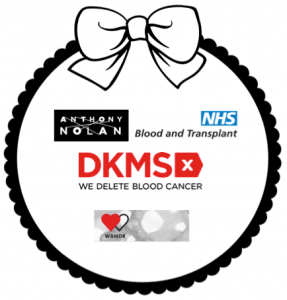 Team Margot works with all the UK organisations in the stem cell / bone marrow arena & we are reaching out to the international organisations too – we don’t mind how you choose to register, only that you do please register !

On average, there is someone every week who donates stem cells or bone marrow, having joined the register because they were inspired by Margot, or the efforts of Team Margot. This means that together, we’re saving lives.

We imagine a world where every patient in need of a blood, organ, stem cell or bone marrow donation is confident of quickly finding a matching donor.

We want to help save the lives of all those people who, just like Margot and our family, never thought they’d need a bone marrow transplant. 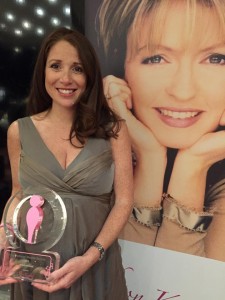 Vicki wins an Inspirational Mother Award 2015 from the Caron Keating Foundation. On accepting the award, Vicki said: “I just did what any mum would do… This is for all the inspirational mums I met at Great Ormond Street, Sheffield & Kingston hospitals… My daughter Margot was, is and always will be my inspiration. If Margot were to have had the opportunity of good health, I know she would have grown up to be an inspirational woman.”

We urgently need more people with mixed heritage to join a stem cell register. There are over 37,000 people worldwide in desperate need of a bone marrow or stem cell transplant (including 2,000 in the UK), but they must first find a matching donor.

The shocking fact about bone marrow & stem cell transplants is that people with certain ethnic backgrounds are massively disadvantaged.

Team Margot Foundation is a Member of the National BAME Transplant Alliance (NBTA).

Research undertaken by the UK Registry, Anthony Nolan confirms that white, Northern European patients have a 69% chance of finding their ‘perfect match’, i.e. a 10/10 antigen match (more commonly referred to as a ‘tissue type’ match).

By stark comparison, people from the Black, Asian and Minority Ethnic (BAME) communities have only a 21% chance of finding an equivalent match.

The odds are worse still if, like Margot, you happen to be mixed heritage.

When it comes to the donor-patient matching process, race and ethnicity is vital and there are too few people of mixed heritage registering to be stem cell donors.

More donors from multi-ethnic descent are needed. Arguably, we are all mixed heritage.

Click here to register as a stem cell and bone marrow donor. 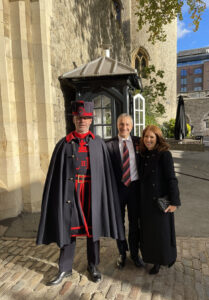 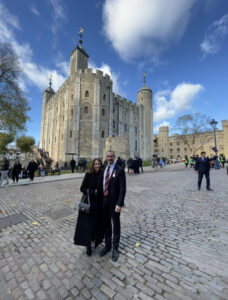 Margot’s father, Yaser was awarded a British Empire Medal in the Queen’s Birthday Honours 2022 for services to Stem Cell Donation.

“On behalf of the charity beneficiaries, I want to thank our family and friends, the charity trustees and the thousands of complete strangers who are all a part of Team Margot, having registered as donors, spread the word and / or donated or fundraised in support of the charity work we do.

Together, we share a belief and a philosophy and I hope you’ll also pause to recognise and celebrate our collective achievements and feel good about all our various contributions, however small they might seem.

It’s always astonished me how talking about Margot, simply having conversations about donation and sharing the work of Team Margot can lead to life saving outcomes.

From the bottom of my heart, thank you.” 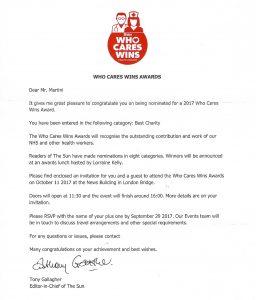 Team Margot Foundation was nominated for the award of ‘Best Charity’ in The Sun’s inaugural ‘WHO CARES WINS’ Health Awards, on Tuesday 11 October 2017.

THANK YOU everyone for your support and many congratulations !

Margot’s father, Yaser was awarded a Lifetime Achievement Award at the All-Party Parliamentary Beer Group Awards Dinner on Tuesday 17 May 2016. 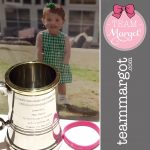 The All-Party Parliamentary Beer Group, formed as the Parliamentary Beer Club in 1993, promotes understanding among Parliamentarians of the UK’s beer and pubs industries. Over 300 MPS and Peers of all parties are members. Around 60 UK MEPs are honorary members. The Group is supported by 50 individual brewing and licensed retailing companies, as affiliated corporate members. An officially registered all-party parliamentary group, it is the largest industry group at Westminster.

Britain’s pubs raise more than £100 million for charity and good causes each year. Indeed, from the outset, the pub industry supported Margot’s appeal for a donor and has since continued to be very supportive of Team Margot’s work. Thank you. 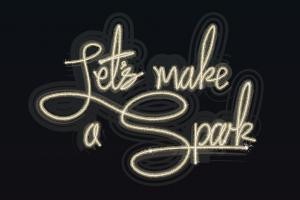 Vicki, who received the award, said: “When we learned that our daughter needed a bone marrow transplant and we launched Margot’s appeal, family and friends came together as Team Margot and remarkable things started to happen.

It means a lot to be recognised in this way and I’m delighted to accept this award on behalf of all my family and the wonderful people that are Team Margot. Thank you everyone again for your fantastic support.”

Team Margot is honoured to have received a specially commended award at the 2014 Anthony Nolan Supporter Awards hosted at the House of Commons, in the category of Black, Asian and Minority Ethnic (BAME) advocate of the year.

We consider it a great privilege to be working with Anthony Nolan and wish to congratulate all the award winners and nominees on their fantastic work.