Doing what’s best for Margot & our chat with the boys 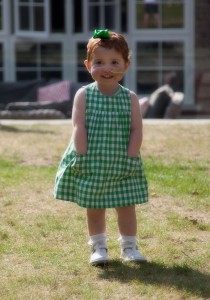 This photo was taken a year ago today

07:09 I have been up for about half an hour but didn’t sleep until 02:30, so feel the need to rest some more, but reading Ancliffs response and also being mindful of what my cousins (and indeed all the doctors) are saying, the unanimous suggestion is to go the blina route. In fact, Ancliff is the most conservative of the doctors about the blina route; his response was to say that “he might be tempted” by blina. I suspect this is him being uber professional and deliberately clenching the fence firmly with both buttocks.

We are headed for Sheffield tomorrow regardless and have already agreed to begin that process without delay, so we haven’t lost anything at this stage, at least as far as the blina route is concerned.

To my mind, the only real positive with blina is that by going that route we are doing “something”, other than simply surrendering to the disease. And that means that some element of hope still remains.

It really does feel as though we are out of time.

===
Vicki doesn’t agree that doing “something” is what we should be doing. She wanted to avoid that happening. Of course, I understand her point.

We both agree that any decisions that need to be made should be about what’s best for Margot. And we share the concern that there is very little time.

I’m usually someone that quickly reaches a decision. Ordinarily, I have no issue with doing this – decision making comes relatively easily to me. However, at the end of yesterday’s consultation with Ancliff I hesitated about the Sheffield option (at that particular time Vicki was up for it, provided CHOP was an option) and right now I am still in two minds as to what the next best steps are to take.

Where Vicki and I currently differ is in terms of mindset.

I am keen to confront these issues sooner rather than later – and whilst Margot is still with us ! – it’s difficult to think of much else at the moment. I think about how we might feel looking back in time to come at the decisions made; will we regret not going for the 30% chance with blina ? It represents an almost 1 in 3 chance of survival (temporary remission or otherwise) which on the face of it seems like a chance worth taking. Or will we rue the day we consented to her being confined to an unfamiliar room, hooked up to a machine 24/7 and made to feel very sick (or worse curtailed her life) when the odds were largely stacked against her ?

Vicki is increasingly wedded to the palliative care route. She is prepared to make the trip to Sheffield but more as a voyage of discovery; as things stand, she isn’t in favour of going the blina route. Were there a greater chance that blina in itself might provide a curative approach, I suspect she might adopt a different stance, but right now she wants to avoid any more disruption to Margot’s peaceful enjoyment of life, almost down to the point of wishing to avoid the ‘nil by mouth’ period on Thursday morning (prior to the spinal fluid sample being taken for testing).

We are in different places on the emotional spectrum. Vicki is still feeling completely empty and numb, whereas I’m an emotional bag of nerves.

For me, the palliative care route feels like we would be giving up on Margot and that’s painful. My eyes fill up & I choke every time I even think about giving up on her and releasing any hope. And yet Vicki feels as though we would be letting Margot down to put her through what could be abject misery and we would simply be causing more hurt for little / no certain outcome.

My understanding is that there would need to be pain for blina to succeed. The doctors want an adverse reaction to occur. A bit like GVHD, it shows that the treatment is working. The trick for them is trying to balance the reaction such that it’s significant and effective, but so that it doesn’t kill the patient or leave lasting damage. Worse still, we may get the pain without any gain. And if blina doesn’t work, then we would have squandered the last few days of any decent quality of life for Margot.

Vicki & I agree that the initial trip to Sheffield tomorrow is important. We will consult with the doctor and do the tests. Consequently, we can delay the decision on whether to actually proceed with blina until the last. Hopefully the trip tomorrow will provide some further clarity on what we decision we take.

Our chat with the boys

Yesterday afternoon I received a phonecall from Oscar – Vicki & I were at a cafe mulling over the options at the time, after our meeting with Dr Ancliff.

He wanted to know when we would be back home. I think his cousin Yasmeen had been round with Nadia & Torie and he had realised that mum and dad weren’t there.

We were home within the hour and Vicki and I sat down with Oscar and Rufus and explained that Margot’s leukaemia had come back.

They were already aware that we had spent the day in hospital with the doctors and listened and understood that Margot wasn’t yet sick, but that she would probably feel unwell soon.

We told them about the two options (in simplistic terms) and this served to give them some hope that things might yet improve for Margot.

They drew their own conclusions from what we were telling them and we talked about whether Margot might die. Rufus cried a bit and needed a cuddle. Oscar put on a brave face.

We sat in bed afterwards and watched the new Lego movie together – the mere suggestion of us doing this instantly changed the mood & saw them punching the air with joy.

Later in the evening, Rufus came downstairs and said he couldn’t sleep and that he was afraid because he didn’t want anyone to die. We had a cuddle and a chat and he seemed to feel a bit better, after which he went back to bed and promptly fell asleep.