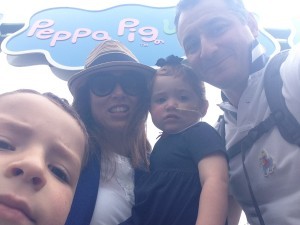 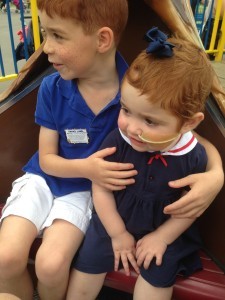 Margot & our family were wrestling with all sorts of issues this time last year.

Margot had been living back at home since 10 April and we were largely able to care for her ourselves, under the tuition and thanks to regular visits to and from hospital. We already knew that Margot’s bone marrow transplant had failed; one of her two leukaemic clones, the lymphoid (ALL) had once again been detected and she was in the early stages of relapse.

Yet, in spite of this, we nevertheless felt hope; hope that our daughter would still pull through and overcome this dreadful disease. We felt this way largely because the myeloid clone (AML) had not re-appeared and to my mind, one cancer was easier to combat than two. As long as there was only one clone present, we still had a few decent medical options.

But then, on the Friday I received a call from Margot’s haematology doctor, Phil Ancliff – a thoroughly decent man & first class doctor who had been overseeing Margot’s case ever since her diagnosis.

On this occasion, he was calling to deliver bad news…

We received some bad news on Friday. I haven’t shared this information before now because it’s been so difficult to comprehend.

Margot’s haematology doctor called shortly after 19:30 with some of the first test results following her bone marrow aspirate earlier that day.

To recap, three weeks ago there was around 1% of the disease present in the marrow, up from 0.75% a couple of weeks earlier and still only just within the limits of detection – the early stages of relapse.

We weren’t sure quite what to expect following the bone marrow aspirate on Friday but what Dr Ancliff told me came as a total shock and completely took me aback:

What these latest results tell us is that the leukaemia is extremely aggressive and it has progressed quicker than any of us anticipated.

My immediate response was to press him for options, but having thought about it subsequently, I believe I may have simply been interrupting the delivery of his “I’m terribly sorry” phone call.

I asked Dr Ancliff to help me put this in context: when Margot was first diagnosed, what was the percentage of the disease present at that time ? He explained that it was probably near 100%.

I’m no doctor, but clearly this is a very rapid progression of the disease. And my understanding is that leukaemia grows exponentially. Time is not our friend.

One consolation is that the AML clone apparently isn’t present. The one question Dr Ancliff asked me during that 9 minute phone call was whether there were still any signs of GVHD (Graft Versus Host Disease). I explained that there was but that it was light GVHD (Class I or II, as described by Amrolia). Does this infer that the GVHD has dispatched the AML component ?

I couldn’t quite believe what I was hearing, so to ensure I wasn’t misunderstanding or overlooking something obvious, I asked Dr Ancliff to send me an email outlining what he was telling me and listing the potential options for us to consider.

We also arranged a meeting for Monday at noon to discuss in person. We quickly need to make a decision on what action to take next.

His subsequent email that night listed the potential treatment options as follows:

1). BiTE – blinatumomab. We previously had this on our list, but CHOP (Childrens Hospital of Philadelphia) was the clear treatment of choice and that was where our main focus was directed.

Blinatumomab is antibody treatment against CD19 that will pull in T-cells to attack.  We would have to go to Sheffield. Approx a 4 week infusion, at least initially as in-patient and maybe for the duration of treatment. This treatment has a 30% chance of remission that “may last for few months” or perhaps for long enough to serve as a ‘bridge’ ie to bring the option of a second bone marrow transplant (BMT) back into the frame.

2). Other licensed “experimental” agents.  Ras inhibition for example.  Little evidence exists that this will work alone, possible with chemo, but the GOSH experience is poor.

3). Phase I/II experimental agents.  Possibly at Royal Marsden. Very small chance will work, but not likely to be too toxic.

When arranging our meeting time for Monday, I pressed to meet him first thing however Dr Ancliff delayed until noon, explaining that this would allow him time to investigate this option with the Royal Marsden. Right or wrong, my takeaway from this comment is that he is being mindful of the ‘quality of life’ / toxicity question and is balancing this against Margot’s chances of survival.

4). “controlling” chemotherapy i.e. modest doses of standard drugs given to control rather than cure.

In amongst these options, he didn’t reference CHOP. I wrote to him subsequently asking whether Philadelphia was necessarily out of the question: supposing Margot was invited over to consult this week, they collect her T cells and then begin work modifying them, might we be able to control the disease for 4 weeks whilst her T cells were being modified ? He hasn’t responded, so this is something to cover tomorrow but my fear is that he isn’t confident we can control the disease for even this short period of time.

The parting advice in his email was:

“I’m very sorry not to be more positive.  I know you will find this difficult but I really would try and have some fun with Margot this weekend and leave these discussions until we meet on Monday (Safari at noon).”

In the hours that followed that phone call I retraced steps, consulted my cousins and others who have been helpful along the way and did some reading up about blinatumomab.

It’s all so confusing and difficult to comprehend because Margot looks and is behaving perfectly normally. Sure, she is sweating during nap times but you really cannot yet tell she is unwell.

My cousin Mazin explains that the 40% or so of marrow cells are probably just about producing sufficient blood cells so that the peripheral blood results don’t yet show anomalies. Hence Tuesdays bloods being reported as “hunky dory”. But the unfortunate reality is that the blood numbers will shortly change for the worse and the disease will then become symptomatic.

Other than re-induction chemotherapy (not controlling chemotherapy), which was not discussed, BiTE is the best option and definitely worth going to Sheffield for that. The goal should be a second transplant, which can be modified given that Margot is doing well, and did not have any significant GHVD from the first transplant.

What appears to be absolutely categoric is that we don’t have much time.

The inference, which as I say, I may have ignored on the call with him, is that Ancliff believes we are on a hiding to nothing and that the disease will dictate that we are almost out of time. And that in itself, limits our options. 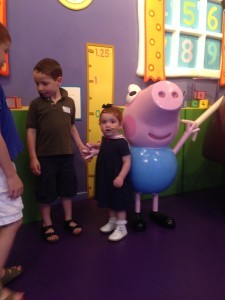 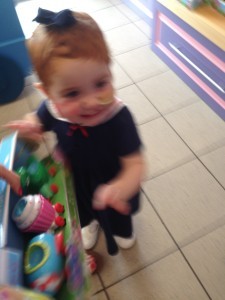 Yesterday we headed off to Peppa Pig World. Margot is a huge fan. 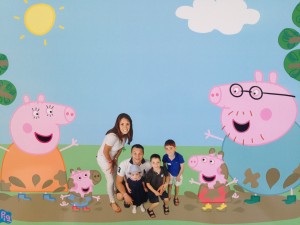 As we drove home, Rufus described it as “the best day ever”.