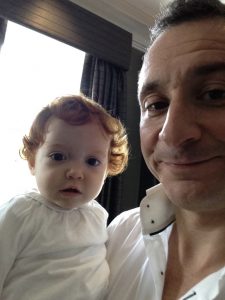 REGISTER NOW AND DON’T MISS YOUR CHANCE TO SAVE SOMEONE’S LIFE!

I can hardly believe that it was five years ago today that my daughter, Margot was diagnosed with blood cancer, aged 14 months. 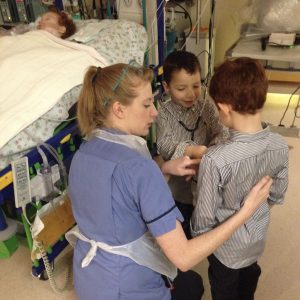 Margot had two types of leukaemia, which made her condition extremely rare and from the outset the medical team at Great Ormond Street Hospital recommended that she needed a bone marrow transplant to stand the best chance of survival.

We quickly learned that Margot couldn’t receive this treatment without first finding a donor with the same tissue type (technically, Human Leukocyte Antigen or HLA). 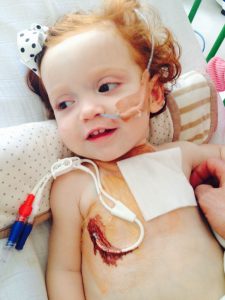 Margot’s life depended on the goodwill of a donor.

The search and matching process was complicated by Margot’s mixed heritage, which meant that we weren’t able to target specific communities in search of her donor match. 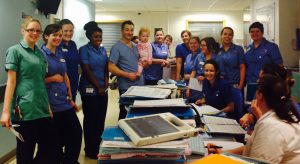 Our response was to launch a public appeal: “You can save a life” we said, “and it could be our daughter’s”.

Family and friends came together as ‘Team Margot’ to encourage more people to register as potential stem cell donors, all over the world.

We are unspeakably grateful to Margot’s anonymous bone marrow donor for his precious donation, which gave our daughter a second chance at life, our family the gift of hope and also more time with Margot.

A year after Margot was diagnosed with Leukaemia and just a few weeks before she died, we announced the 7 October as an annual awareness day for more people to join the worldwide bone marrow / stem cell registers. Prior to this, no such day existed.

We marked that occasion with the launch of a music video, ‘Light The Way’ which was inspired by Margot and written, performed, produced and directed almost entirely by students at Elstree UTC.

And on 7 October last year we followed up with a ”making of ‘Light The Way’” documentary, again courtesy of Elstree UTC. 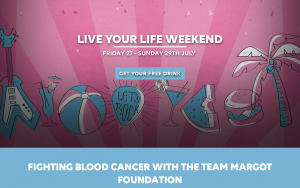 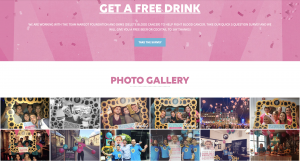 Our feelings and emotions dictate so much of our behaviour in everyday life, often overriding logic and rational thought.

Richard Huntington, Chairman and Chief Strategy Officer of Saatchi & Saatchi, says that ‘emotion is the highest form of interaction’ and Antonio Damasio, professor of neuroscience at the University of California, argues that emotion is a necessary driver of almost all our decisions.

Recognising this, we took the opportunity to undertake our first ‘sentiment survey’ on Live Your Life Weekend in July. The idea was to try and tap into the psyche of the general public and potential donors alike, to get a better understanding of how people feel about donation and the likely trigger points that might see them go on to register as potential stem cell donors, or not as the case may be. 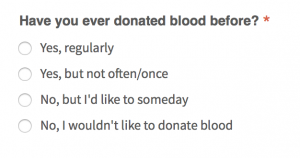 In total, there were 4,105 visits to the landing page and 1,817 survey completions over the weekend. 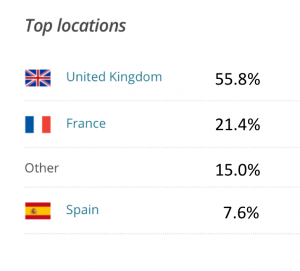 The survey questions were written by a researcher at the Department of Experimental Psychology, University College London, who then went on to undertake a subsequent analysis of the 1,817 responses.

The results are exploratory only, and there were limited responses in places, preventing detailed analysis. However, there are some clear and insightful trends to surface.

We will publish the full survey and analysis at another time, but initially we wanted to take the opportunity to focus on and highlight a couple of the insights from the survey given that today is Team Margot’s Stem Cell and Bone Marrow Registration Day 2018.

A potential ‘action-implementation gap’ was flagged as being one reason why people don’t get around to registering as potential stem cell donors. I hadn’t ever heard this phrase before, however it describes something that is rather familiar to me personally and it’s also quite likely to resonate with you too.

Apparently, we all suffer to some degree from a gap between intention and action.

We may well have the intentions, goals and the plans to do something, but all too often we don’t actually see those things through.

Moreover, our survey reveals that people feel regret when they don’t carry out something they had intended to do.

So, for the sake of all concerned, the challenge in part, is closing the implementation gap and the overriding recommendation is to either do it straightaway, or schedule a later time to take action.

Hence our message for today:

Register NOW and don’t miss your chance to save someone’s life !

And upon receipt, remember to complete the form, swab your cheeks
and return in the reply paid envelope straightaway.