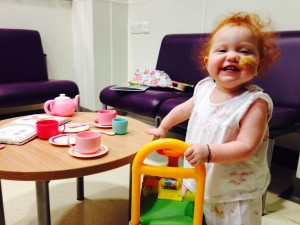 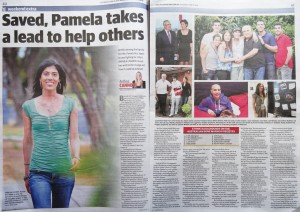 Margot’s appeal was covered internationally by the media and I know from Google Analytics that we still have visitors coming to this website every day, from all over the world. That’s really encouraging, given the global nature of the issue and the need for more potential bone marrow / stem cell donors to join the worldwide registries.

teammargot.com has had thousands of visits and receives regular support from Australia, New Zealand and many other countries located on the far side of the world from where we are based in the UK.

I have had the great privilege to connect & work with a remarkable Australian lady, Pamela Bousejean, who tells her own personal story below and who is on a similar path to Team Margot – Pamela is making progressive in-roads and is spreading awareness in both Australia and also Lebanon.

Please read what she has to say below about the situation in Australia. You can help support by liking her UR the Cure Facebook page and sharing. 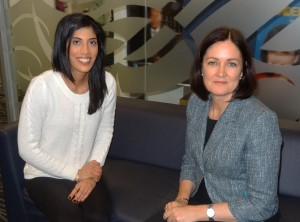 By Pamela Bousejean, cancer survivor and founder of UR the Cure, Australia

A couple of months ago I had the chance to “e-meet” Yaser who provided me with much inspiration to help and support me in a cause which I have been fighting for in Australia. Meeting a fellow “kindred spirit” for me was powerful, especially since we were able to connect with one another from other sides of the world!

The cause I have been working on in Australia is one which myself and Yaser both have a strong personal connection to. It has fuelled a passion within us to use our experiences to educate and increase awareness about bone marrow donation and how it can SAVE LIVES! Some people say that organisations like Team Margot and UR the Cure may be an avenue which help us as the founders to personally better cope with everything that we went through, to give some sort of meaning to the horrendous experience of cancer. But reasons aside, it’s important to realise that only good can happen when you can build something positive out of a negative experience, especially when it can help thousands of people all around the world. 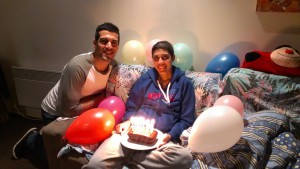 I was one of the lucky ones to have a successful “cord blood” transplant (stem cells used from a baby’s umbilical cord – no harm done to mother or baby). But it didn’t always seem that way for me. Cord blood isn’t always an option for everyone and was used as a “plan b” in my case.

I was diagnosed with Hodgkin Lymphoma in 2010 when I was 24 years old. I was 26 years old and already 2 years down the cancer path when my Lebanese background threatened to discriminate my search to find a stem cell match. I needed a stem cell transplant as my final hope to cure my cancer. I’m sure many of you are aware that ethnicity is an important factor when securing a stem cell match (as it was in Margot’s case) and unfortunately there are not many people of ethnic backgrounds on the worldwide stem cell registries for Doctors to search. I felt completely hopeless and in despair. The wait for my match was agonising. 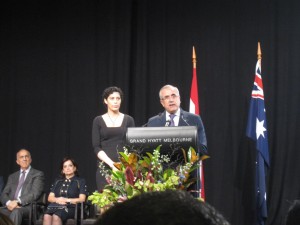 21.4.12 The Lebanese President’s speech in Melbourne ended with a special appeal to the Lebanese community in Melbourne to donate immediately to the Bone Marrow Register in Australia. He also mentioned that Lebanon would set up a national bone marrow registry.

In a desperate attempt to find a match, my brother created a Facebook page for people to share amongst the Middle Eastern community, pleading for them to join the bone marrow registry. This caught media attention and the story was spread through national and international media. I even met the President of Lebanon in Melbourne and travelled to the country to discuss the issue of the non-existent bone marrow registry in Lebanon; a team has since been set up to establish one! It was an overwhelming time and it highlights the extreme measures my family and I took to try and find a match.

It was during this time that I really felt something fire up a passion within me, I realised my story had a profound effect in encouraging people to join the bone marrow registry. At that time the Red Cross blood service centres were inundated with calls for appointments and centres all around the country were booked out for months. I heard stories of other patients who had been waiting for a long time for a match and finding one during this time, and although I’ll never really know if it was because of my story, it nevertheless made me realise the positive impact I could have. 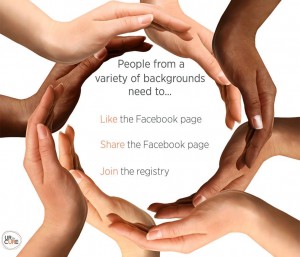 During my recovery I began to do some research and found 2 things that really surprised me.

Establishing UR the Cure 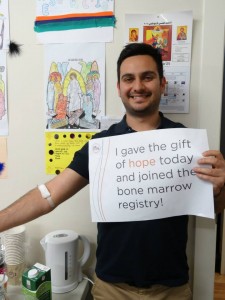 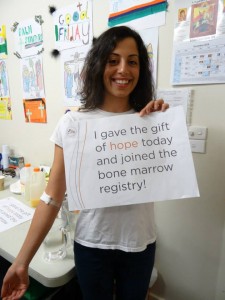 I decided to apply my personal experience and marketing qualification to establish UR the Cure, using my public exposure as leverage and a platform to deliver the message.

The mission at UR the Cure is to increase awareness and education about the Australian Bone Marrow Donor Registry (and worldwide stem cells registries), to increase the number and diversity of donors and help more patients find life-saving matches.

The vision is that every person who is in need of a stem cell or bone marrow transplant has the same chance of finding a life-saving match for a possible cure; no matter what their ethnic or indigenous background or heritage.

I named it UR the Cure because you really are the “UR” in the “Cure”, the cure to some cancers is in your body but you just need to join the bone marrow registry to be searched and found! 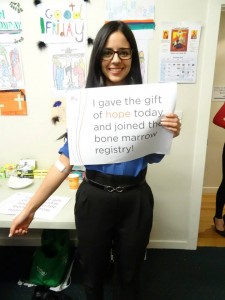 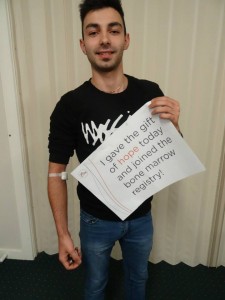 The challenge in Australia

Apart from the fact that I work on UR the Cure on my own with limited resources (which I’m currently in the process of resolving by establishing it as a not-for profit organisation to receive funding), but the setting in Australia is not like other western countries such as the UK or US when it comes to bone marrow donation.

Firstly there’s extremely low awareness about the bone marrow registry and donation. Most people you speak to have never heard of it (I didn’t either until I got sick). So if you’ve never heard of the bone marrow registry to begin with you can’t exactly google the Australian Bone Marrow Donor Registry to find out about it! This lack of promotion and education creates a deadly silence.

The only other way a person can join the bone marrow registry is through a very reactive donor drive that is often organised by a patient or family as a desperate attempt to find a match. There are also limitations to how often these can be done per year and only small numbers of samples can be collected at a time. 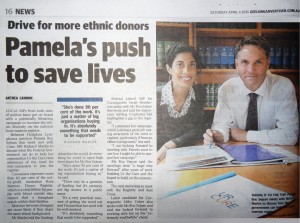 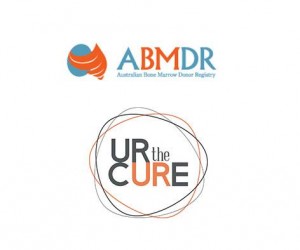 As well as increasing education, awareness and donor numbers, UR the Cure is also lobbying government and meeting with politicians. I recently sent through a submission to the health minister addressing the issues and also asked for support in introducing saliva swab technology to make it easier for people to join. Engaging with media has also been important to put the issue in the spotlight and gain more supporters to increase pressure for changes in the system.

I have been very busy with UR the Cure; creating resources, the website, networking, writing articles, engaging in educational talks and donor drives with community groups and more. Social media has been very powerful and allowed me to connect with other patients to share their stories. The aim is to have likers on the Facebook page from lots of different ethnic backgrounds so they receive educational messages and most importantly share stories of patients who are searching for a match (particularly if they come from a similar ethnic background as the patient since many of their Facebook friends tend to also be from the same heritage – the message reaches the target groups).

I also recently met with the Australian Bone Marrow Donor Registry who have been very supportive as we work towards the same goals.

Team Margot and the need for international support
Connecting with Team Margot and seeing the work they do as well as other organisations around the world has been a real eye opener on how we should be doing things here. Team Margot’s work is fantastic and Yaser and the Martini family are an inspiration. It gives me hope that UR the Cure can also create a similar positive impact in Australia. Yaser has been so supportive and we’ve had some interesting Skype chats (including a 3-way chat between Australia, the UK and the US where we said good morning, good afternoon and good evening all at the same time)!

I’m hoping that international support can help put some positive and healthy pressure on relevant stakeholders here in Australia for the changes that we so desperately need. So please show your support by simply liking the UR the Cure Facebook page.

I hope to one day see every person who needs a bone marrow/stem cell match have the same chance to live as anyone else, no matter what their ethnic background is or what country they reside in. And as the inaugural World Marrow Donor Day approaches in September, I look forward to seeing a world effort now and into the future for equal access to life-saving transplants to save more lives. UR the Cure will aim to establish itself as a not-for-profit organization dedicated to the cause as Australia’s sign of commitment and would like to say a big thanks to the 25 million people who are registered on the worldwide bone marrow registries today – #25millionthanks #WMDD

And I would also like to say a huge thank you to the Martini family and their special little girl Margot who with her cute smile and curly red hair inspired an amazing world movement – what an achievement for such a short life. God bless you Margot and your family.