Jeremy Clarkson could do us all a favour… 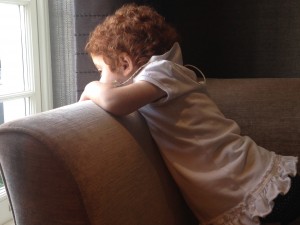 Over the last few days, there have been a couple of headline news stories which have stuck in my mind and this prompted a few observations from me, which I thought I’d share.

Apparently, Jeremy Clarkson now has about 1 million people petitioning for him to be reinstated as presenter on Top Gear. That’s the same number of people on the UK stem cell register – it’s roughly equivalent to 1.6% of the population.

It strikes me that this is rather a lot of people to petition for a TV programme host, and yet at the same time it’s a relatively small number of people to be involved in something so vital to the lives of so many, as joining the stem cell register as a potential donor.

The petition took only 4 days to reach a million, whilst the latter – the benevolent & critical act – has taken over 40 years.

Meanwhile, on the other side of the world, cyclone hit Vanuatu is appealing for help and it’s of no surprise to me that the UK is one of the first to send aid. As a nation and as a people, Great Britain is really very good at supporting others who are in crisis. We have seen this time and again over the years – whenever there is an earthquake, tsunami or whatever natural disaster, the UK government is quick to support, as are the British people who raise money, send clothes, food etcetera to help those in need.

Given this fantastic charitable record, why has it taken so long (?!) and why has only a tiny proportion of the population joined the stem cell register ?

To add further context: the number of anonymous blood donors in the UK is equivalent to 4% of the population. When I first learned this fact I was surprised this number was so low, but in context it’s significantly (1.5 million) more than the number of people on the stem cell register.

And of the 2.5 million blood donors (bless them all), only 15% are also on the UK stem cell register. Again, this seems like a relatively small proportion and leaves me feeling that something isn’t quite right.

In their various ways, both blood donation and joining the stem cell register as a potential donor are crucial to patients, however when you compare the levels of commitment of the two activities:

Blood donation is a regular, frequent and ongoing commitment, whereas registering as a stem cell donor is a one-time action; the chances are that you may never get asked to actually donate. So it’s easier and less of a commitment to register as a stem cell donor, than it is to give blood and yet fewer people have taken this step.

Furthermore, if you happen to already be sitting in the chair & donating blood, a ‘one time’ extra 5ml is all that’s required to join the stem cell register.

Regardless of whether you donate blood or not, requesting a DIY registration kit is a quick & easy ‘one time’ act that can be completed online and performed in the comfort of your own home.

So why isn’t there more participation ?

And of the rest of the nation, far too few appear to be aware of bone marrow transplants, what’s involved or the need for more potential donors, let alone how easy and simple it is to join, and how, by doing so, you might save a life.

All of this points to a terrible lack of awareness.

This is why Team Margot are appealing to the existing one million people who are already on the stem cell register to encourage ‘Just One More’ to do the same. And it’s also why we are working with the NHSBT (NHS Blood & Transplant) to try and improve awareness amongst existing blood donors, when they next go to donate.

Our initial target is to have 4% of the population on the UK stem cell register (to match the number of blood donors).

Please help spread the word by telling someone / sharing this post and the link below with your friends, family & community – and Jeremy Clarkson, if you happen to know him: