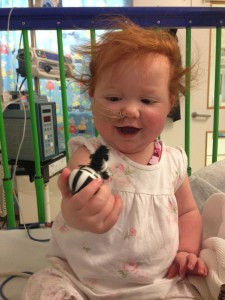 This time last year, the transplant team at Great Ormond Street Hospital (GOSH) were busy searching for a donor match for Margot on the various stem cell registries around the world.

Vicki & I were eagerly awaiting the few snippets of information on potential donor matches that had arisen. The search results tended to filter down to us, usually via Margot’s consultant.

There is no certainty with the search for a donor match and it takes time, typically 12 weeks or more. A degree of patience & confidence in the system is required, however as time went on, for us these characteristics were beginning to wane.

The human tissue type comprises 10 antigens, however many of the existing donor registries were set up (cheaply) to only record 6 out of the 10. By way of example, we were initially presented with news that Margot had three ‘6 out of 6’ antigen matches in Brazil (which sounded promising) but then needed to wait whilst the very manual process took it’s course, to find out whether any of the potential donors might actually provide a perfect match.

For international searches, the UK transplant centre must go via the local transplant centre (which by definition is in another country, being where the potential donor lives), who in turn re-contact the potential donors, if they can still find them (people move house without thinking to tell the registry where they have moved to), requesting they come in for a blood test to verify the 6 matching antigens on record and also to identify the other 4 unrecorded antigens, to see if they provide a match for the patient.

For us, all this was totally “brand new”; new information, new rules of engagement, a completely new language. It was a steep learning curve.

We desperately wanted to know whether there was a match for Margot, but that wasn’t clear. Nor was it likely to be forthcoming for a while yet. We had to wait and with no certain outcome. No one was able to give us that comfort. Nor was there any detail around the process, which is frustratingly antiquated. The doctors had advised that there was a window of opportunity if Margot was to undergo a bone marrow transplant at first remission, so we were under the pressure of time. We were very much learning all this ‘on the hoof’, whilst having to care for Margot who was undergoing chemotherapy treatment at Great Ormond Street Hospital and simultaneously ensuring that our boys at home were being looked after.

With so much riding on the outcome of the donor search, it’s an agonising & deeply unsettling time, for all the family.

We needed to wrestle back some control and have a back up plan, or what I also referred to as an “emotional & sanity insurance policy”: basically, we wanted to ensure that, come what may, whatever happened down the line, we were able to look at ourselves in the mirror and know that we did everything we possibly could to help our daughter. So, having decided to run a campaign appealing to potential donors, we found ourselves busily trying to figure out how best to go forward: we needed to understand all that was involved with running an appeal, how to be most effective, gear up to launch and then execute.

Here’s an excerpt from a private blog post I wrote & a short video I posted on 10 December 2013:

In response to my email raising some specific queries, the feedback we received from the transplant centre on 8 December 2013 was as follows:

1. From looking at Margot’s HLA (Human leukocyte antigen) type they aren’t able to say which ethnic group we could aim for when doing a donor drive.  Margot has some common antigen types which are seen in most groups and she has a good mix of both Vicki & I.  Key point: it wouldn’t be worth focusing our search in specific areas & communities.

2. The cord blood option, that had previously been mentioned to us, is from France and they are await the full report. The report may not state the ethnic group of the baby donor (not all centres specify).

3. There are two blood samples from Brazil that are now at GOSH for testing and we will know the results next week. The third Brazilian sample is being chased (it’s a very manual process).

4. The transplant centre are searching for potential donors in USA and Spain.  Aside from learning where the donor’s registry is, we will not find out any other information on donor ethnicity.

It is encouraging to know that we have now had a response from the second Brazilian donor and that those test results will be back next week, but it also informs us that there’s little or no science with trying to be selective with any donor drive campaign for Margot.

I must confess that previously, doing something like this would never have crossed my mind. I have been fortunate enough not to have any sphere of reference until now. However, having now been touched in this way and having considered what’s involved, becoming a registered donor really is an absolute good and a positive thing to do. Both Vicki and I have already registered as potential stem cell donors.

In essence, it’s easy to register as a potential stem cell donor : swabbing your cheek is painless and only takes 5 minutes.

In the event you’re asked to actually donate then that’s when the commitment arises, but by that time you know that your benevolent action is likely to save someone’s life.

There are two ways in which donors provide stem cells, the method of collection is dictated by the patients consultant: 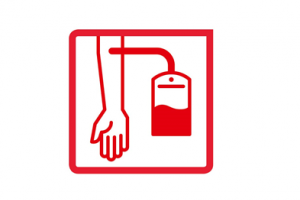 This is the method used for around 80% of donations. Stem cells are collected via the blood stream. To increase the number of cells in the blood stream, for four consecutive days prior to the stem cell collection, donors receive a daily injection to stimulate stem cell production (G-CSF). On the day of donation, the donor’s blood is collected from one arm and passed through a machine that separates out the blood stem cells (apheresis).

The remaining blood is returned to the donor through the other arm. This is a non-surgical outpatient procedure that takes around four hours. Most of the donations are through this method. 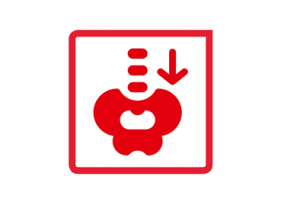 Marrow cells are collected from the back side of the pelvic bone (not the spine). Donors are given a general anaesthetic so no pain is experienced during the marrow extraction. This is a 1-2 hour medical procedure. Some donors experience some short term pain, bruising and stiffness after the procedure.

Within a week of donating, most donors are able to return to work or school and resume their usual activities. There are many reports of donors experiencing little or no pain and discomfort and going back to work the following day. This method of donation is less used, only around 20% of the time.

As it turns out, bone marrow donation is being specified by Margot’s consultant for her bone marrow transplant.