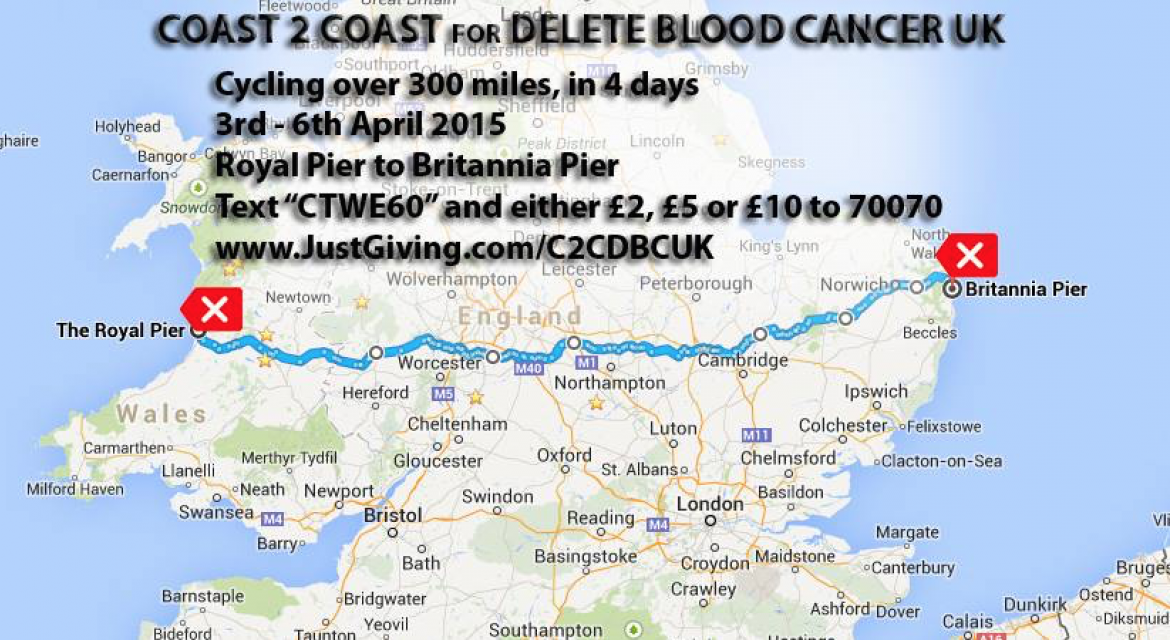 I recently had the great pleasure of speaking to Adam Flood, the organiser of the forthcoming ‘Coast 2 Coast’ – a 300 mile cycle ride, over 4 days, which is both an awareness event and also a fundraiser in aid of Delete Blood Cancer UK.

After hearing about Margot’s story, Adam initially contacted us via Facebook early last year. Ever since, he has been carefully planning & steadily building up to the big event; he and his partner have already made remarkable positive changes to their own outlooks on life, which they attribute to Margot’s inspiration.

Below, in his own w 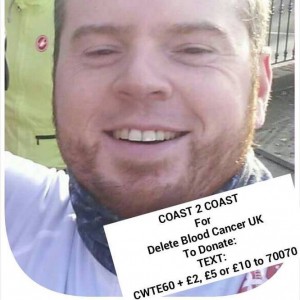 ords, Adam talks about the ride and explains how it all came about:

I saw an appeal last year, for a little girl, called Margot – this brave youngster has been tragically taken from her family because of a rare form of blood cancer. Margot, and her family’s work, is my inspiration.

My other half was pregnant with our first child at the time, we both saw an appeal to get people swabbed and registered to be a potential life saver through donating stem cells and for some reason it really struck a chord. Whether it was because she was so young, or because it could happen to my child when she arrived, or anyone elses for that matter, I’m unsure, but the fact is that these illnesses aren’t picky about age or gender.

There are no guarantees with finding a tissue match – only 50% ever succeed in finding one. With more than 8,500 known tissue characteristics that can occur in millions of combinations, finding a match is a bit like winning the national lottery. Since the UK launch in February 2013, Delete Blood Cancer UK has received requests from over 72,000 people in the UK who want to register to be potential lifesavers. The cost of registering one potential donor is £40, which equates to £2 million to register every 50,000 new people. Delete Blood Cancer UK don’t charge you to register, and donating some, none, or all of the processing costs is completely optional. 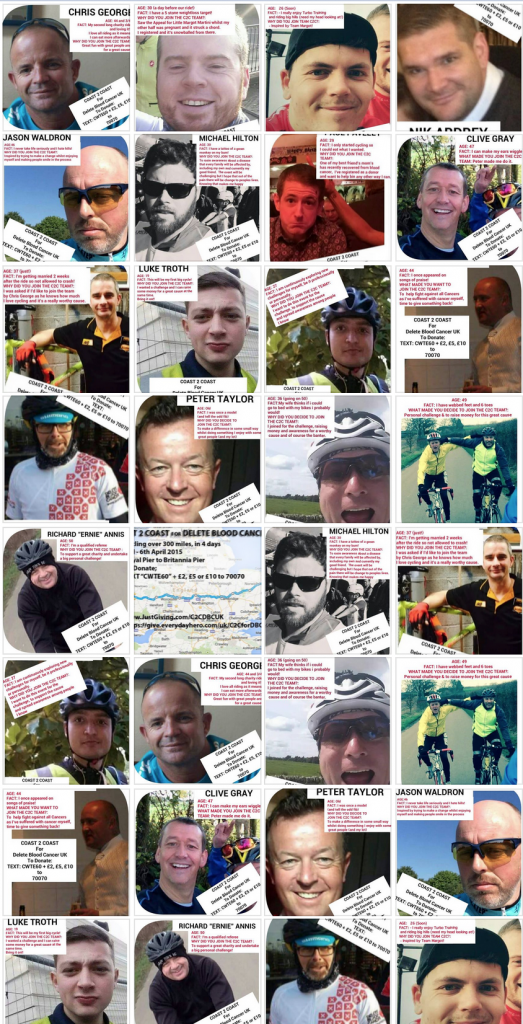 And so the Coast 2 Coast ride was conceived 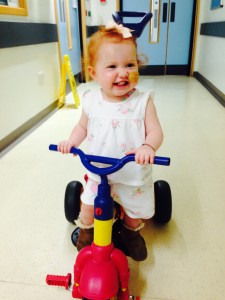 I wanted to get more people registered, but by asking people to register, I didn’t want to then ask them for a contribution towards their processing costs. So, I thought I’d raise the money to pay towards them. Alex, my closest friend had mentioned that he’d like to do a long distance cycle ride that we would plan ourselves, and this was the perfect opportunity to combine both of our ambitions. And so the Coast 2 Coast ride was conceived. Alex had completed several long distance hauls on his two wheels in the past and had some experience of the necessities of undertaking such a huge task. We soon realised that others shared a similar passion in cycling and the number of riders increased from the original 4, to 20. This may well increase further depending on demand.

We will be taken by coach from Worcester to Aberystwyth on 2nd April 2015. Once there we will re-brief the riders, and get an early night ready for the challenge ahead. 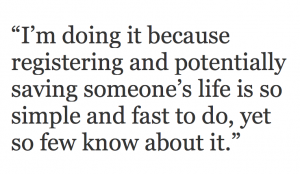 Leg One: 3rd April – we set off from Aberystwyth’s Royal Pier and head to Ludlow, around 80 miles inland, climbing around 4,500ft in the process. This is by far the toughest day for the riders.

Leg Two: 4th April – we get an early start and leave Ludlow, destined to reach Rugby in the midlands, later in the afternoon, again, around 80 miles, but with around two thirds of the climbing from Leg 1.

Leg Three: 5th April – after resting overnight in Rugby, we ride for Ely, in Cambridgeshire, a similar distance to the other Legs, with rolling hills and scenery.

Leg Four: 6th April – the final Leg is from Ely, across the Eastern Flats towards Great Yarmouth, with a finish at the Britannia Pier on Yarmouth’s seafront. A few beers and quiet celebrations before retiring to the hotel as a group for the final time.

We will then be collected by coach on the 7th April and brought back to Worcester to be reunited with family, friends and supporters.

We will have a van to carry the bikes to the start and from the finish back to the rendezvous point. During the ride the van will carry equipment, supplies and luggage. We will be staying in Travelodges for all but the first night (local B&B’s will provide accommodation).

The riders come from a plethora of backgrounds, some are triathlete / professional competitors who would like the event to kickstart their season, others have lost loved ones to a blood cancer or have battled with cancer themselves and want to do something to help. Some have a personal goal they want to fulfill. Myself, I’m doing it because registering and potentially saving someone’s life is so simple and fast to do, yet so few know about it. So I’m hoping to raise awareness and funds to get more people registered as potential life savers. I find it difficult to stress how easy and little energy is involved with getting registered, and have found myself deeply passionate about the work being done to help people with blood cancer (to the point where I have surprised myself and my family). 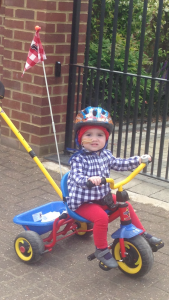 My journey on this road began around August last year. I weighed 20st, and owned a Road Bike which was somewhat of an ornament (despite best intentions to use it to lose weight). My better half, Samantha, had already started her weight loss journey. That, along with now needing to get in shape in order to be able to complete the Margot inspired challenge I had set myself, spurred me on to do the same. To date I have lost just over 3st, and have a total of 5st to lose by the end of the event, Samantha is closer to the 6st loss mark already.

In summary, one little girl, an amazing little girl, has inspired us to turn our lives around, and we thank her for it.